Protecting Your Teeth and Gums

When dental plaque is not removed by daily brushing, it can lead to gum disease, which occurs when bacteria starts to break down the gum tissues. It starts off relatively mild, manifesting as swollen gums and occasional bleeding. If it becomes too developed, however, the tissues that support your teeth could gradually break down, eventually leaving you with a gap in your smile. Contact us right away if you are having trouble with your gums to receive effective periodontal disease treatment in Westchase, FL.

At its earliest stages, it’s possible to reverse gum disease entirely simply by improving your brushing and flossing habits as well as undergoing a routine dental cleaning. For more advanced cases, scaling and root planing are required. The former simply involves removing plaque and tartar from beneath your gumline using a special instrument while the latter involves smoothing out the surfaces of the root so that the gum tissue can reattach itself more easily. 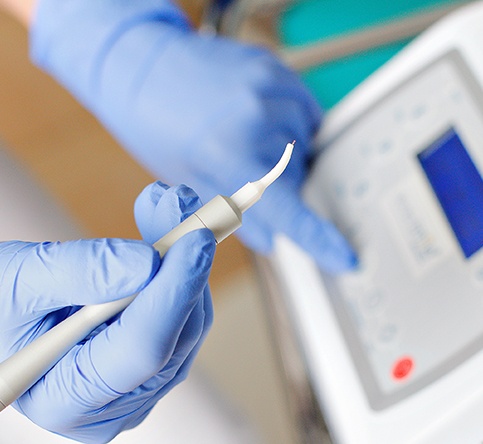 Your gums should fit snugly around your tooth at all times. As gum disease progresses, pockets might form between the teeth and gums. These areas can be difficult to keep clean, but luckily, we can reduce the size of periodontal pockets using modern technology. With our Odyssey diode laser, we can remove the unhealthy diseased gum tissues lining the pocket and get rid of any bacteria that might still be hanging around. Don’t worry about discomfort; laser dentistry causes so little pain that we generally won’t even need to numb your mouth! 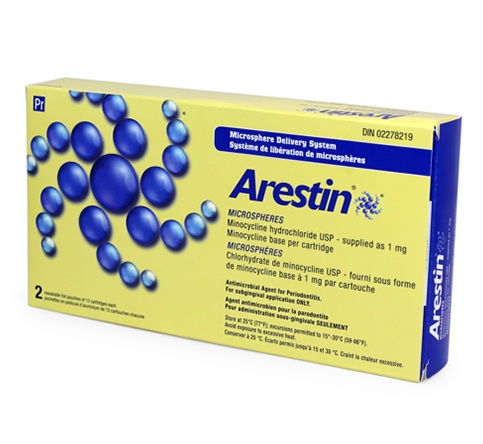 Even the most thorough of periodontal cleanings won’t necessarily remove all of the bacteria in your gums. To continue fighting the infection, we can apply an antibiotic called Arestin directly to your periodontal pockets. Arestin consists of numerous microspheres that will gradually dissolve and release the antimicrobial medication that they contain. As the medication seeps into your gums, it will fight the infection in areas that might not have been reached during scaling.

To prevent further damage to the gums and give us easier access to the teeth for cleaning, we may recommend a gingivectomy – in other words, the removal of unhealthy gum tissue. This procedure can take as little as 30 to 60 minutes. A dental laser will be used to remove the unneeded gum tissue. Since lasers are so precise, they help ensure that we don’t take away more tissue than required. They also reduce the amount of time your mouth needs to heal afterwards. 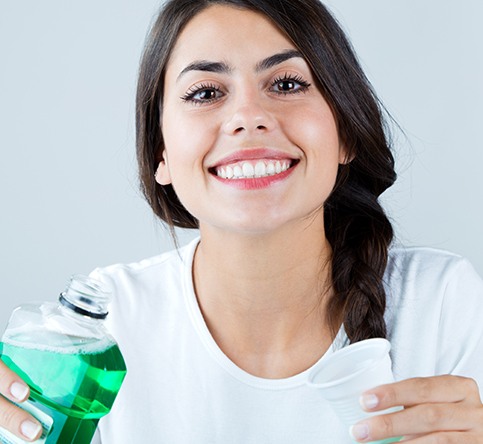 Of the many ill effects of gum disease, one of the most embarrassing is the constant bad breath that you’re likely to experience. The unpleasant odor is a result of the interaction between oral bacteria and specific substances in your mouth that tend to build up during gum disease. Treating the infection will help you overcome your bad breath. We can also point you towards dental products such as certain mouthwashes that could help keep bacterial levels under control and reduce the odor.